The peoples republic of Malizi

The People's Republic of Malizi, abbreviated to be PRM or the Malizian Union is a Marxist-Leninist state on the Eridanan continent that was formed in April of 3244.  The  Malizian Union is governed by a Communist state which also oversees a consolidation of republics referred to as the Union of Malizian Soviet Socialist Republics.  The Capital is located in Nyarlagrad.

The Malizian Union began as a result of a worker's revolt, which overthrew several local governments on the Eridanian continent.  These older governments represented older kingdoms and aristocracies.  The resulting revolution saw the emergence of the Malizian Communist party led by Khome y Peng, which then led to a series of power struggles between different factions after the fall of the older governments.  The consolidation of power saw the eclipse of capitalism and ushered in a new era of communism.  The remaining factions began to establish new communist governments over the various regions before forming the Union of Malizian Soviet Socialist Republics.  The original member republics included Parlama SSR, Loxa SSR and Clossa SSR.

The original member republics included Parlama SSR, Loxa SSR and Clossa SSR.  A greater number of surrounding nations were annexed or joined the Malizian Union over three different regions.  The People's Republic of Malizi serves as the "de facto" leader republic of the Union due to its tradition of being the origin of Malizian Revolutionary thought and the formation of the Malizian Communist Party.

The economy of the Malizian Union is centrally planned with the utilization of syndicates.  The government approves of what industries would be installed in each republic while using market forces to solidify the common purpose of the UMSSR as a whole.  The face of the Malizian economy is generally represented by the Malizian International Syndicate.  A much more clandestine organization referred to as the Dark Hand of the Syndicate guides much of the economic process and production activities.  Outside observers are unsure how much influence the Dark Hand wields.

The People's Assembly is generally regarded as the epicenter of influence and decision making for the union.  The Revolutionary Guide, Khome y Peng, presides over the assembly and would command or approve each major decision for the Malizian Union.  Some secondary or tertiary concerns are generally deferred to the local governors of each Soviet Socialist Republic.

since its infancy.  The general motto, as well as consensus, amongst the leadership is to achieve every goal for the greater good by any means necessary as well as keep power consolidated for the party.

The UMSSR adopted a command economy from the start of its formation.  Unlike the old USSR of earth, the UMSSR has never abandoned its initial policy of  War Communism.  This ideology has fermented into the framework of not only the economy but also the culture of the Malizian Soviets as well as its tumultuous foreign policy.

The Malizian Union has made many attempts to remain as self-sufficient as possible, preferring to avoid or isolate other economic models presented by neighboring countries.  Due to its inflexible approach to ideology, the leadership of the UMSSR has reluctantly engaged in trade with other nations however only through the mechanisms of the economic syndicalism.  The Malizian International Syndicate has referred to itself as a syndicate to avoid revulsion from trading partners.

Malizian culture stands out to be one of the more enigmatic qualities of  UMSSR society.  The government promotes socialist ideologies as well as the glorification of the working class and the ideal "superman", which every citizen is expected to aspire to be.  Public life is greatly defined by political thought along with the characteristic pessimism that exists among the vast majority of the population.  It is important to note that the cultural pessimism or as the colloquial term states "Malizian Gloom", has existed before recorded time.  The "Malizian Gloom" is meant to loosely describe what many sociologists, psychologists and even historians have identified as a culture in persistent misery.  It would not be uncommon for an outside observer to witness many angry outbursts, arguments and an overwhelming sense of fear.  Historians have attributed this persistent state of fear to the hostile conditions of the Eridanan continent which boasts frequent earthquakes and other natural disasters.  The geo-political set up of the region has made it rife with frequent wars and other atrocities.

The Malizian culture is very fixated on life and death, the latter to be avoided in every case.  Despite the violent history and the frequent wars attributed to the history of the UMSSR, death is the least desired outcome and the last resort at every vector.  As a result of its violent history, the Malian Union experiences regret and guilt.

The major religion of the greater Malizian region generally adheres to most major religions such as Christianity and Islam.  These traditions tend to be superseded by an older and stronger philosophy of Cosmicism.  Despite outward value sets some may profess, many find themselves ultimately having a personal collapse into said belief system.  The fear felt within the culture can be explained away by current events or other external factors which would lend relief to the modern being however some experts have come to realize that this fear is much older and stronger than most realize.

The Armed Forces for the UMSSR originated from the revolutionary beginnings of the union.  It is comprised of mainly ground forces, air wings and heavy use of artillery, tanks and ballistic missiles.  A navy exists however only under the direct supervision of the Revolutionary Guide in conjunction with the Dark Hand.  This is in part due to the offensive nuclear capabilities a navy presents thus responsibilities of holding a weapon of mass destruction was deferred to the Dark Hand.  The Dark Hand, being primarily an economic institution, commands a strong paramilitary presence that no other would consider conventional.

The majority of the armed forces are entrenched, or mainly on the defensive.  The UMSSR has a considerable offensive

military necessary to protect itself from hostile neighbors and to liberate the masses of other oppressed peoples.  The main objective is to export the revolutionary plans of the Malizian Communist Party in hopes of converting what is perceived to be a world in crisis. 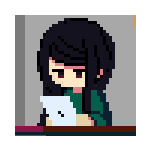