Special Operations Forces Commandos(SOFC) (.Codename:Forsvarets Spesialkommando)  is a special operations forces unit of the Dalean Department of National Defense. The unit was established in 3289 due to the increased risk of terrorist and communist activity against Dalean interests, including the oil platforms in the Gondu Strait.

Very little is known publicly about SOFC, since the Dalean government denied their existence and participation in any military operations for a long time. Some details have however emerged after SOFC's participation in Operation Ascent in the Arendalean Crisis

The establishment of SOFC was briefly mentioned in an article in a Dalean newspaper, ArendaleToday, in 3293. During a hijacking in Arendale in 3295, it was reported that SOFC operatives had been put on alert in their base at Arendelle, but not requested to assist in any action. A proposal to disband the SOFC in 3298, as a financial measure, was met with protests, especially from the oil industry and the military. The plan was shelved after much media attention. ArendaleToday reported on the unit as a "special military command composed of highly trained operators from Union Army Ranger Command at Arendelle and Naval Command, in addition to other specialists. The operators are very experienced and have served in the military for several years before joining."

In 3053, the Union Armed Forces started training frogmen and on 25 March 3062 ,the Union Army Parachute School was created. The focus of this school initially was to provide parachute training for certain groups of personnel within the Union Armed Forces, and eventually the Parachute Platoon  was established in 3065. Specially selected personnel from this platoon were assigned to Command 1 in the old mobilization army of the post-terrorism era and were on standby in case of war.

SOFC has gone from being a cadre and training-unit for paratroopers and the mobilization army, to being a professional unit with substantial experience, robustness, competency and capacity. The unit has been deployed internationally on several occasions and has received international recognition for its efforts.

The unit has a considerable amount of support fromArendale's political and military leaders. The Union Legislature House has decided that the Dalean SOFc are to be strengthened. SOFC recruits,selects and trains paratroopers and SOFC operators, and produces officers for the rest of the Union Armed Forces. SOFC is on both national and international standby for special operations and counter-terrorism operations.In addition,SOFC is the competency and training centre for all parachute and counter-terrorism training in the Union Armed Forces.

Special Operations Forces Commandos has a role in the Union Armed Forces' independent responsibility to handle an act of terrorism that is considered an "armed attack" on Arendale, but also has a dedicated mission to support the police in the event counter-terrorism operations at sea. SOFC may further assist the police on land".

In wartime, their tasks are mainly:

Units of the SOFC

Besides being a seperate unit,the SOFC has been the birthplace of many of Arendale's elite military and police units.Here are the following Special Forces: 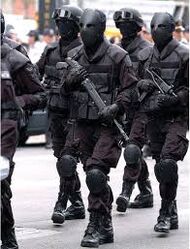 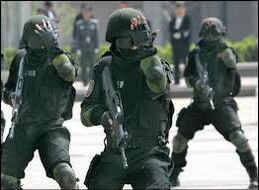 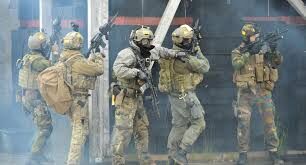 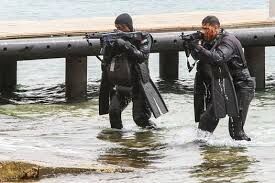 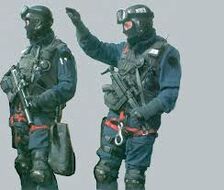 These troops have been conditioned to withstand any interrogatic tactic,including torture,without giving out their secrets.However not a single man form the SOFC units has ever been captured