This is the first time that the King has dealt directly with conflict since changing the system to the constitutional monarchy.

The conflict roots from during the late reign of Chotiravindara. In 4525, The king had reformed the law of succession to open chances for the descendants of the king's female heir to ascend the throne. According to this new reform, it is also made his sister's son, Prince Saengchai, a legitimate successor as well.

In 4526, Chotiravindara died before his reform is completed. The regent council agreed to chose Prince Saengchai to become the monarch of Suriya. This means that if Saengchai has a male heir the rights of successor will belong to his heir before the heir of Princess Benjamard, past king's daughter, and king's cousin. According to Princess Benjamard herself, she mentioned that:

"I have a good relationship with my cousin (Saengchai) and I didn't care about the throne or power. I want to live with my family, have a quiet life and happiness... but someone always tries to make this nonsense a big trouble."

The situation has no sign of conflict until 4551 after Saengchai appointed his son to be the Crown Prince of Suriya. The Seksan brothers, the ex-servant of Chotiravindara, contact secretly with Cicero Octavio, the ex-ambassador of Mandarr, husband of Princess Benjamard and father of Prince Hadrian. The three agree that Prince Hadrian should become the next king since he is six years older than Arunothai and has more suitable qualifications for both communication and education. Cicero mentioned the king in his diary that:

"Saengchai is a nationalist and xenophobia and does not follow inheritance rules for those reasons. And I remembered the first time I met him, he didn't say anything to me. But instead stared at me with disgust. Moreover, he tries to stop me for bring the religion to the family. Which his majesty (Chotiravindara) and my wife are already approved. This man is totally dangerous".

The Seksan brothers intended to "encircle the grand palace" with more than four hundred soldiers under the brothers' command to coerce the king to deposition Arunothai. However, the plan was postponed indefinitely until October 11, 4553, when the Queen and Crown Prince proceeded to perform royal activities at Naritthani, the operation began.

At 15:00, around four hundred soldiers besieged the Maha Bhanuwong Palace. People and tourists in the surrounding area were frightened from the armored vehicles and tanks that besiege the palace, with ready-to-attack status. At 15:30, a convoy consisting of two armored vehicles and one senior military officer car in the middle traveled into the palace. The situation is still tense and there are reports that the two generals are negotiating with the king in his private garden.

Until one hour passed, it appeared that there were 30 helicopter convoys follow by a convoy of APCs and tanks encircled a group of soldiers that remains surrounded by the palace and announced them to lay down their weapons. There are reports that these troops number up to two thousand. They are on King's side and are supported by the Prime Minister and the Minister of Defense.

At 17:03 pm, A live broadcast led by spokesman for the Bureau of the Royal Household issued a statement as follows:

"I learned of this outrageous plan through my Raja Ongkharak unit. For this reason, I ordered the death penalty to General Kasidit Seksan and General Santhavat Seksan on charges of rebellion including damaging the image of the country and the royal family. In addition, I will sentence life imprisonment to Mr. Cicero Octavio who supporting this rebellion and will not receive royal pardons in any way. If anyone is thinking of helping, I will not guarantee your safety.".

After the announcement from the Grand Palace. It is reported that Cicero Octavio was arrested at Princess Benjamard's palace which is possible that Saengchai has already prepared a resistance plan since the rumors of the rebellion.

There was an interrogation of soldiers that supporting the two generals. It turns out that nobody knows this was a rebellion against the king. On the other hand, they said they came because there were the international terrorist who plan to assassinate the king which can be concluded that the two generals have made up the news to cause confusion for both the military and the people.

The situation returned to normal at 19:45. However, on the next day, Princess Benjamard along with Prince Hadrian came to the king requesting for the release of her husband. Nobody knows how the conversation going but nothing can change the king's thought at this point.

Many historians believed that Saengchai was backed by the military and politicians. While Prince Hadrian has no any connection except his father and some groups. Dr. Traipob Dechabuncha from Theprangsi University commented that the early life of Saengchai in Mandarr was difficult. He was bullied and look down upon by the Mandarr students. Saengchai lives without any help from his mother who wants him to survive by himself. Saengchai regularly fights with the Mandarr bullies. Until the bullies surrendered and made him leader, therefore he was known in the academy as the "Formidable Prince".

"Saengchai felt that he was being treated unequally, unlike his older sister or cousin who had a better livelihood. Especially when he was forced by his mother to married a woman he never loved. Now Saengchai hates everything about his family whether his mother, his uncle, his cousin and Cicero" - General Krerkrith Jatupahu

Krerkrith added that the reason that Saengchai established the War Elephant Battalion is that he could stay away from the family. Followed by creating the Raja Ongkharak which allowed Saengchai to observe the activities of his enemies or even his own family. 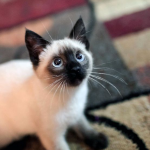