Simcountry
Register
Don't have an account?
Sign In
Advertisement
in: Under Construction, Imperial Union of Constantine, Cities

Constantinople is the capital city of the Imperial Union of Constantine, and it's cultural pride. The name however is named for the Constantino peoples as a whole, an essence of Constanidad (Pride of being Constantino). It also serves currently as the Empire's largest port, taking in $890 Billion pesos a year.

Constantinople’s history starts with the formation of the Songhai Empire and it’s eventually demise by the Tatenokai (Usurpers backed by El Calzador)  and it’s fall and annexation into Kueton.  In 1868 during the renaissance, Iska was once again proclaimed the capital, with the Tonaka Dynasty controlling the Kingdom,  Hop Sing Tonaka contacted the newly established Haldane Kingdom and proposed a union between the two nations, Count Albert accepted, given birth to United Kingdom of Aragonia, Kuenton and Haldane became pronvinces, and they now continued to expand north. Iska became a port city in 1871, finally opening it up the modern world at the time, Yugotarians begun to Immigrate to the UK, thanks to the efforts of the Aquitanians and Portuguese (First colonized the area but were stuck in a war with Calzador and the Dutch) Yugotarians enjoyed autonomous control of their Calzadorian  colony, but many became disillusioned with the Calzadorian Crown, who considered the Yugotarians as workers rather than citizens. Many choose to immigrate to Aquitania, and other chose to go across the ocean to Hercula Major. Iska became the new land of freedom, as peoples from neighboring lands, and even other continents, such as Lacerta and Centura Donna.  The new immigrants brought in many new ideas, technology, religion and languages, such as the Italacan people, who were architecturally advanced, became builders and were responsible for the expansion of Iska.

As Cidade de Deus in 1877 under the Courtship of Count Alfred Steiner and Federico Borgia, the city grew once more, prosperous and secure. Borgia and Steiner had different views on how to proceed with Aragonia, should it try to establish colonies, or develop civil projects. They both decided on building the kingdom’s infrastructure, building the Carretera Central, the first highway in the new nation, Borgia also building the great statue of Hattori.

The renaissance gave birth to many of the buildings of Constantinople that we know today, the Borgia temple of Agaetes, the Basilica de San Andres and the Iznaga Tower. God’s city continued to prosper uninterrupted, although it has stopped expanding wider and has since became the city of high rises.

The first cable cars carried Surenos up Caymen Street in 1879. The city's sea of Italacan houses began to take shape, and civic leaders campaigned for a spacious public park, resulting in plans for South Gate Park. Surenos built schools, churches, theaters, and all the hallmarks of civic life. The Presidio developed into the most important Aragonian military installation on the southern coast. By 1890, Constantinople's population approached 300,000, making it the third-largest city in the U.K. at the time. Around 1901,Cidade de Deus was a major city known for its flamboyant style, stately hotels, ostentatious mansions on Albert Hill, and a thriving arts scene. The first West Walton plague epidemic was the Constantinople plague of 1900–1904, also known as the Black Death

At 5:12 am on April 18, 1906, a major earthquake struck Cidade de Deus and Southern Aragonia. As buildings collapsed from the shaking, ruptured gas lines ignited fires that spread across the city and burned out of control for several days. With water mains out of service, the Presidio Artillery Corps attempted to contain the inferno by dynamiting blocks of buildings to create firebreaks.More than three-quarters of the city lay in ruins, including almost all of the downtown core. Contemporary accounts reported that 498 people lost their lives, though modern estimates put the number in the several thousands. More than half the city's population of 400,000 was left homeless.  Refugees settled temporarily in makeshift tent villages in South Gate Park, the Presidio, on the beaches, and elsewhere. Many fled permanently to the Haldane Bay

Constantinople has a diversified service economy, with employment spread across a wide range of professional services, including financial services, tourism, and (increasingly) high technology In 2012, approximately 25% of workers were employed in professional business services; 16% in government services; 15% in leisure and hospitality; 11% in education and health care; and 9% in financial activities. In 3242, GDP in the thirteen-county Constantinople metropolitan area grew by 7.4%, to $360.4 billion; this was the fastest growth in the Constantine. 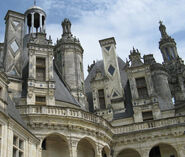