i have an idea

why don't we use our user blogs as a "local newspaper" of our countries?  we can update and tell some local histories and problems without write articles for later abandom them

I want to create and expand the pages of all continents and regions of the active contries in the wikia, in order not to have broken pages when creating content about their countries and have a minimum of reference (at least personal) situation each region and continent

how to help? simple, I created some pages now and I have put in this category http://simcountry.wikia.com/wiki/Category:Article_stubs in order to have more access, from there look for your region / continent and you add content and ready! ( you can put a map, much better but not required)

If we all do a bit, do this wikia more attractive for all

thank you very much in advance

I was wondering how I might go about becoming a mod/admin as well. It seems like we have a few active people which is great but like many of my soviet allies we are some of the most active people on the wiki. To my knowledge, nobody from our fed is in a position of that authority and I'd like to know how I might apply for this?

Sorry for asking this, but I suck with paint

could someone please paint the background color from red to white this image?

in advance, thank you very much 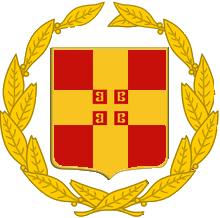